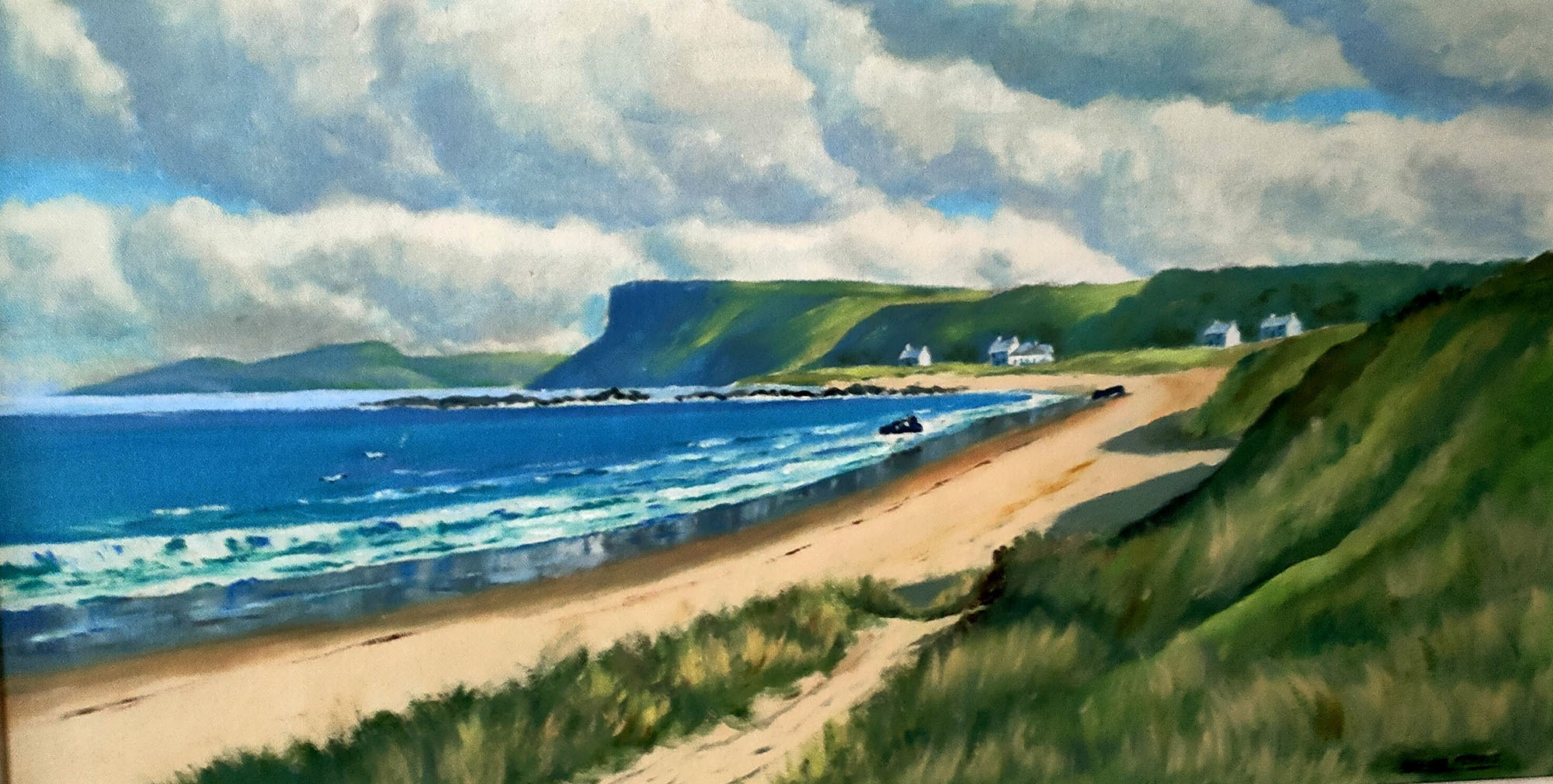 Liam’s paintings bring a strong Irish narrative to the rooms at the Brown Trout Inn.

Born in 1929, William O’Hara (Senior) was a businessman, hotelier, local politician, director of the BBC, keen amateur painter and collector of Irish Art. He signed his paintings Liam and they are dotted around the hotel, in nearly all the bedrooms and cottages.

His paintings mainly depict scenes of Bangor where he lived and worked for more than 40 years running the Royal Hotel on the seafront, as well as Donegal and its vicinity, where the family had a holiday cottage.

Liam also paints scenes of life in the mid-20th century. He developed a distinctive style of painting which is naive and abstract. He was prolific and many of his paintings depict happy times – bright and bold but sometimes sinister, with brooding skies in strange colours.

His use of stylised figures which cast no shadows, is certainly reminiscent of Laurence Stephen Lowry RBA RA who may well have influenced Liam’s work.

Other artwork in the hotel are by various local artists. The beautiful collection of paintings by renowned watercolourist James Lawson Balfour, is located in the Balfour Room restaurant. The Finn room features predominately figurative paintings with raw, unsettling imagery. The large portrait is called Mr and Mrs Gray, with abstracted figures isolated in geometrical structures.