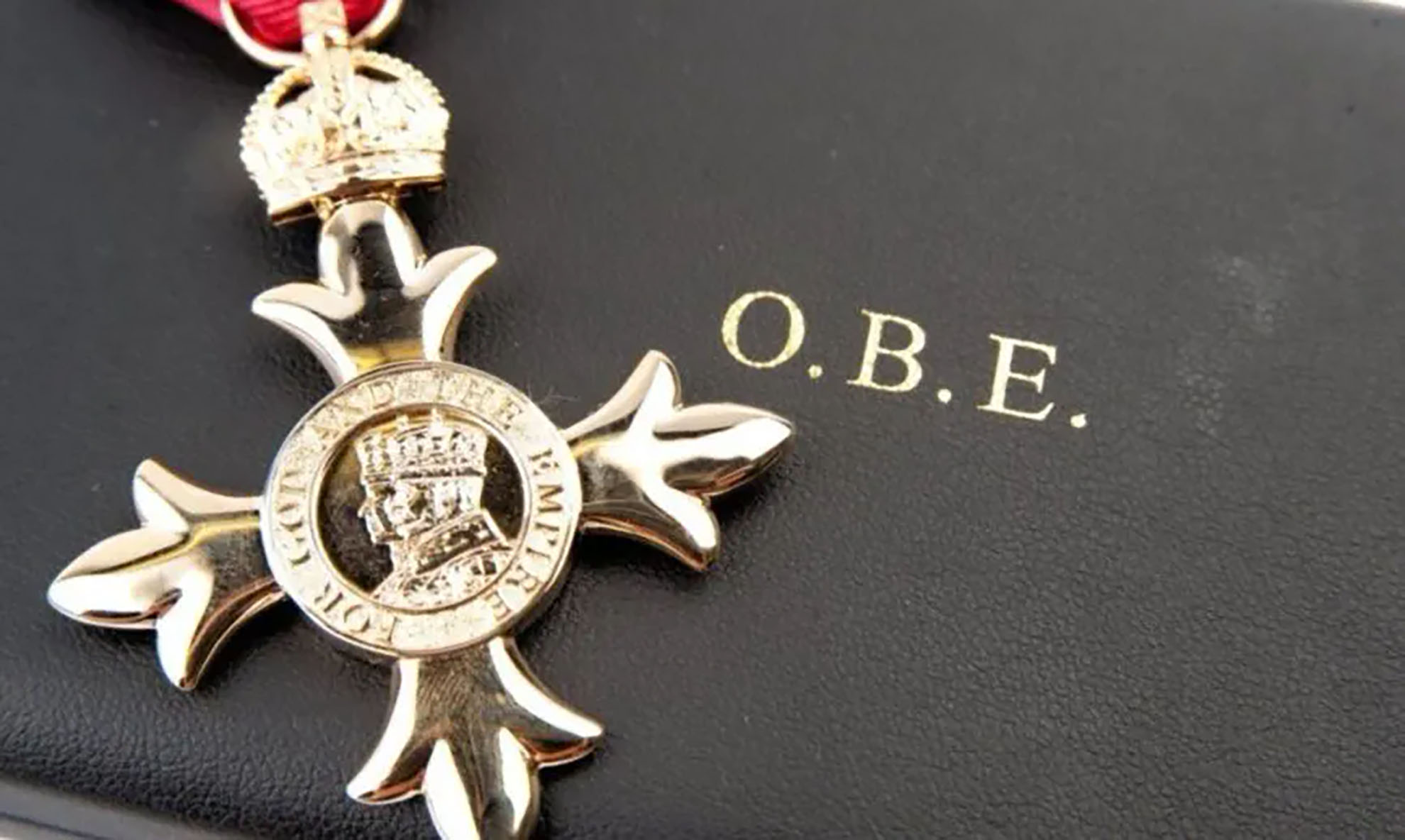 Among those in the New Years Honours List for 2021 is Bangor, County Down man Bill O’Hara who has been awarded an OBE (Order of the British Empire) for services to Sailing.

A long-time member of Ballyholme and Royal Ulster Yacht Clubs on Belfast Lough, Bill has been a prominent and loyal member of both and still finds time to race regularly as well as performing all his other official duties.

Not many would know that Bill sailed in GP14s as a ten-year-old at Ballyholme Yacht Club, went on to crew for Pat Murphy in an Irish Championship in Lough Swilly in 1974 and later in his own Alastair Duffin built boat in ’76 at Mumbles. But probably the groundwork for a career in sailing was at the point when fellow clubmate Bill Whisker persuaded him to sail with him every morning at 7.30 am before school at the end of September to keep his boat handling skills up to scratch before an Irish Helmsmans Championships. He says that the fact that a World Champion felt the need to keep practising left a lasting impression on him.

After leaving Heriot-Watt University Bill focussed on both sailing and the family hotel business. His other passion was rugby and he played for Bangor, reaching the final of the Ulster Senior League in the 1982/83 season.

Bill represented Ireland in the Finn class in the 1984 Olympics in Los Angeles and the ’88 games in Seoul.

Illustrating how broad is Bill’s experience is the fact that he is one of only three or four people internationally who have the triple accolade of being a Judge, Umpire and Race Officer. He pays tribute to those who have greatly influenced his career. ” I would like to mention people in Ireland who have made a big difference to me. Mick Wallace my coach in the Los Angeles and Seoul Olympics; Ron Hutchieson who mentored me on Rules and Ken Ryan, Vice President of the Irish Sailing association who guided me in Judging”. — Betty Armstrong

The full article in Afloat.ie

Below at right: The 1982 Irish Laser Class supremos, with their mentor Ron Huthcieson on right, are (left to right) Simon Brien (later multiple Edinburgh Cup winner and other majors), multiple champion Charlie Taylor (still at it in the Laser Masters), Olympian Bill O’Hara, and Dave Cummins, All-Ireland Helmsmans Champion 1981 and 1982